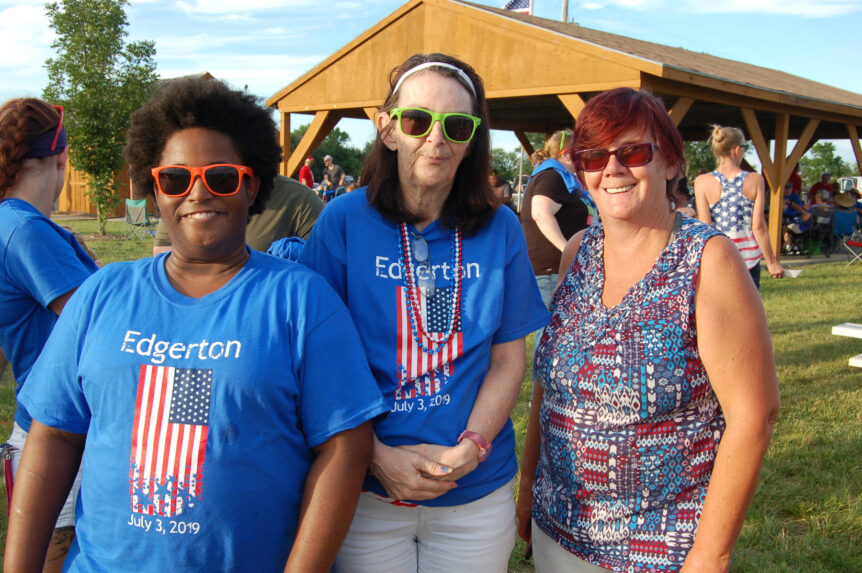 The City received rave reviews from residents about the annual event.

“The Fireworks Display was one of the best we’ve ever seen! What a great job! We really enjoyed it! Thank you,” Juanita Ryan wrote to the City after the show.

The live music had people dancing in the park, including a Johnson County Sheriff’s Deputy showed off his moves with the kids.

Plenty of fun was had at the baseball field, where parents and kids of all ages held a raucous kickball game. Mayor Donald Roberts got in on the game too, but he had a pinch runner in a hot pink shirt cover the bases for him.

The fireworks show capped off the night with patriotic music playing for the crowd, ending with Imagine Dragons “Thunder” during the finale.

Check out pictures of the event below: